Lucky Penny first heard about Doctor D in 1986, when Doctor D found a lucky coin that Penny had heard about. That coin wasn’t a penny, though. It was a nickel — but a very special nickel. 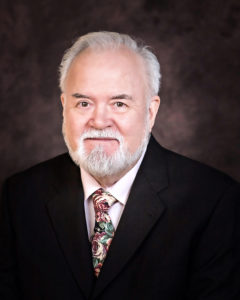 He has authored, coauthored, edited, or published over 200 works for other professionals and the general public. These works have included journal and magazine articles, book chapters, a college textbook, conference papers, a newspaper column, analyses of government health care regulations and lawsuits, etc. Many of these works cover research, training, or direct services for children.

Doctor D is grateful to be learning about, and sharing, Lucky Penny stories. It’s certainly more fun writing stories than it was when Doctor D picked fruits and beans in Oregon fields all day long during elementary school summers, or ground metal I-beams and bridge supports in an iron foundry during high school summers. It’s also more fun than washing dishes in the Student Union every night to help work his way through college. It might even be more fun than the four years that he played bass for a rock band in the 60’s, but it’s a bit early to tell. After all, the band went on road trips. Now those were fun!